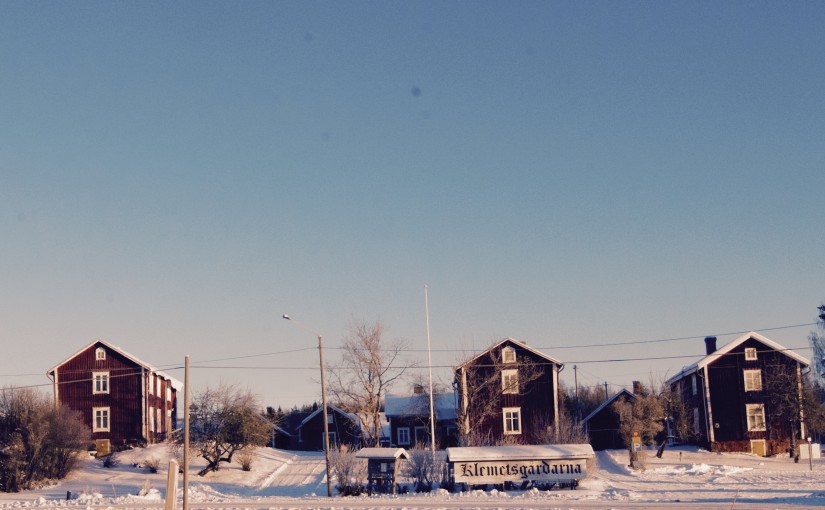 The area was populated already in the 11th century, the name Klemets originates from a church that was built nearby to honor the memory of Saint Clement.

In the 16th and 17th centuries, hunter-gatherers transitioned into resident farmers and fishermen. In the beginning of the 18th century, the Great Northern War started and reached Ostrobothnia in 1714. The province was severely exposed to Russian looting and acts of violence. The Ostrobothnians fled to Sweden and most of the homesteads were deserted, also the homestead of Klemets.

In the year of 1729, the farmer Johan Eriksson from West Bothnia bought the homestead of Klemets and became the progenitor of Klemetsgård with 23 children. As the homestead was still named Klemets, he chose to change his name from Eriksson to Klemets. Johan and his sons built three farmhouses in West Bothnian style with taller and narrower houses than the Ostrobothnian style. The oldest house, “Mitt i gården” (today the café), originates from the 1730s, while the other houses are built between the 1730s and the 1760s. Between the 18th century and the 1970s, the residents supported themselves through agriculture.